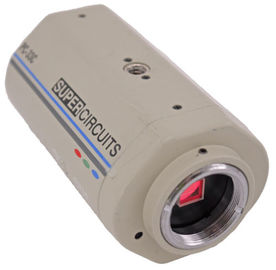 My interest in analog video cameras has recently extended to learning as much as I can about the history of deep sky video astronomy.  I have searched through the archives of Sky & Telescope and read all of the articles I could find.  And, I have read through the on-line forums and checked individual's web sites for more information about the early cameras used.  At some point, I would like to write a history of deep sky video and the evolution of the camera technology.  To that end, I would like to obtain some of the original cameras that were used in the early days, such as:
If you have any of these and would be willing to lend it to me to try out, I would be grateful.  I will pay the shipping.  Even better, if you no longer have use for the camera I would be happy to take it from you, again for the cost of shipping.   You can contact me at:  astrocurtis@yahoo.com

* I have finally found this camera
© 2015 Curtis V. Macchioni